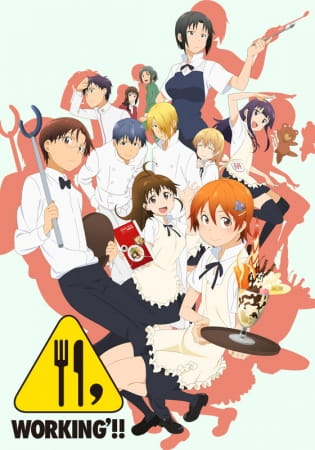 
Synopsis:
The exciting antics of Wagnaria return as more ridiculous incidents occur, friendships are deepened, and new feelings are discovered. In addition to Souta Takanashi and his wacky co-workers, more eccentric personalities join the family restaurant: Haruna, Hyougo Otoo's missing wife, who has a habit of getting hopelessly lost through the sewer system; Kirio Yamada, Aoi's older brother, who is able to withstand Mahiru Inami's deadly punches; and twins Youhei and Mitsuki Mashiba, Kyouko Shirafuji's juniors who do not get along. Absurdity, romance, and hilarity are all on the menu for the Wagnaria family restaurant! [Written by MAL Rewrite]