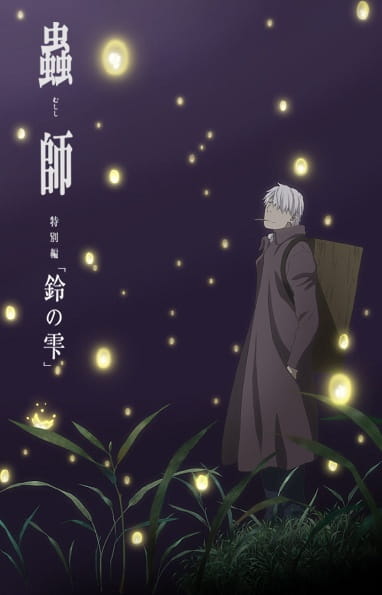 
Synopsis:
On a warm summer day, a boy heard the sound of bells ringing, as if in celebration, in the mountain near his home. Several years later in that same mountain, the mushishi Ginko encounters a strange girl with weeds growing out of her body. Soon after, Ginko coincidentally runs into the now grown-up boy Yoshiro on his way off the mountain. With Yoshiro’s help, Ginko soon begins to uncover who this mysterious girl is and what happened to her. An adaptation of the last arc in the manga, Mushishi Zoku Shou: Suzu no Shizuku follows Ginko’s peculiar journey amidst the occult to unravel the mystery behind the enigmatic girl called Kaya and the mountain that has become her home. [Written by MAL Rewrite]