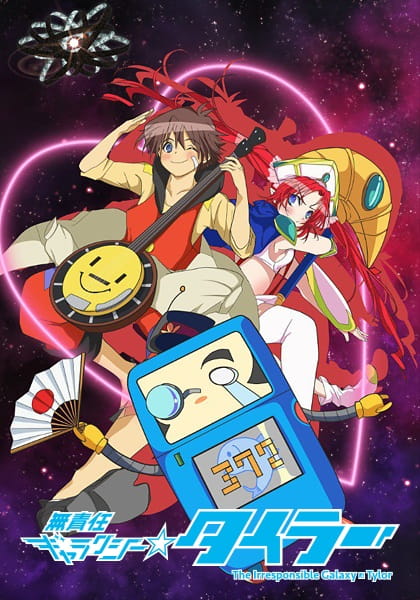 
Synopsis:
Taking place in a very distant in future, the adventure begins when a boy meets a certain girl. The Pan Galaxy Republic has declined and so have many empires. This resulted to people in the galaxy being scattered. Living in the peaceful side of their world, Banjou, who picks up trashes at the spherical wall met a girl, frozen, in a broken spaceship. There are bad guys who chase her, and thus, the quiet galaxy suddenly became lively. Little did he know that the frozen girl is Goza 168th, the key to decide the destiny of the whole universe. Overcoming hardship, the two embarks on a trip to make the Galaxy Republic alive again. It may be a difficult challenge, but it's alright, let's progress slowly! A comedy of irresponsible galaxy trip begins!