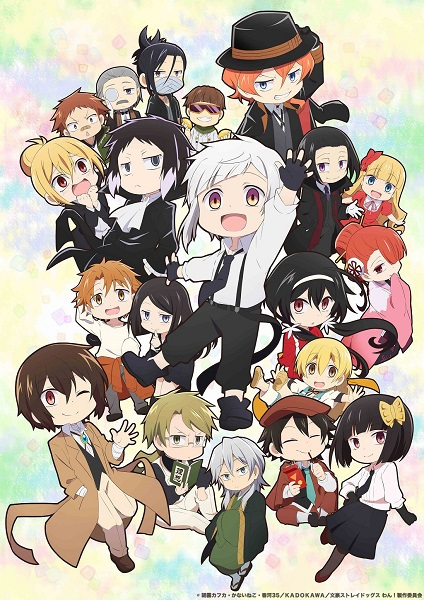 
Synopsis:
Atsushi Nakajima has finally grown accustomed to the crazy lifestyle that comes with being part of the Armed Detective Agency. But even during peaceful periods of time, there is bound to be chaos! As Atsushi, his friends, and the agency's rival group—the Port Mafia—go about their days roaming the streets of Yokohama, there are no limits to the strange situations they are unwillingly thrown into.

A new take on its original work, Bungou Stray Dogs Wan! shows the more mundane yet hilarious aspects of the characters' lives.